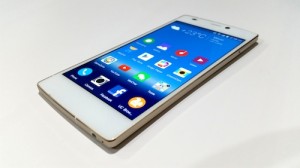 Now that the World’s Slimmest Smartphone was already launched, it’s time for me to post the Gionee Elife S5.5 review. 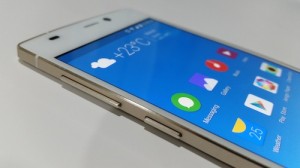 “Wow!!!” That was the word that came out of my mouth when I first held the Gionee Elife S5.5 during my unboxing session a few weeks ago. I can’t stop looking at the Elife S5.5, it’s like staring at the prettiest, sexiest girl in the room and you wish you can marry her someday. With all the smartphones scattered around on my table, it easily stands out thanks to its ultra-slim form factor. How does it feel holding the World’s Slimmest Smartphone? Pretty nice, actually. It feels solid even if it’s thin and there’s absolutely no way you would call this device cheap. I like the color combination of this white and gold variant, but personally I prefer the black version which looks really elegant.

Some people might be concerned that it might easily break because of its thin profile. No frets. I found out that the main structure of the smartphone is made of magnesium alloy with its holes inside and outside cut in precision. Both the front and back panels were covered with Gorilla Glass 3, and to prove a point that it doesn’t easily break, Gionee’s new brand ambassador Ms. Ellen Adarna dropped the Elife S5.5 on the stage. Of course, the phone survived, but I would not recommend it for anyone to do it always just to be on the safe side. I mentioned in my First Look post that it comes with a flip case and I suggest to use it to protect the phone. 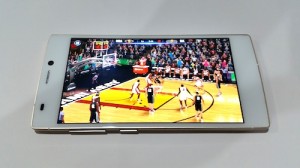 Admittedly, my focus is always on the slim form factor of the Elife S5.5 (sexy kasi eh!) but what I keep on forgetting is the 1.7 GHz Octa-Core processor that’s powering the world’s slimmest smartphone. I guess Gionee is trying to make a point by showing you can have both the slimmest and powerful features in one smartphone. I have used Octa-Core powered smartphones before and I expected the performance of the Elife S5.5 to work without any hiccups. I played a lot of videos and games with it, mostly NBA2K14 and it didn’t lag at all. I’m happy with the performance of the smartphone except for one issue: the heat. I noticed the heat on the phone especially whenever I play games with heavy graphics. I reckon it might have something to do with the slim form-factor, but it will surely help your hands if the flip cover is applied on the smartphone. 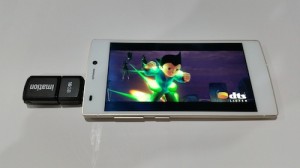 UIs implemented by phone brands can sometimes ruin the performance of the smartphone. Thankfully, the Amigo UI is not a pain in the ass to the Elife S5.5. It worked smoothly throughout my review period and easy to use. It’s similar to the Mi 3’s MIUI which doesn’t use an app drawer and lets the user change themes. 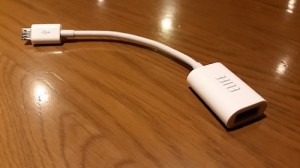 This is another issue some may think would be a deal-breaker. The storage of the Elife S5.5 is only 16GB and unfortunately, it’s non-expandable. It could be because it wasn’t designed to hold an external memory card and the slim profile limits them from having one. But the good news is, you can use a USB OTG cable (comes in the package) to connect flash drives, external drives or other USB peripherals. You can see in the photo below that I have attached a MicroUSB OTG storage dongle that also doubles as a USB storage dongle. While the USB OTG Storage is attached, I was able to play movies straight from the external source. 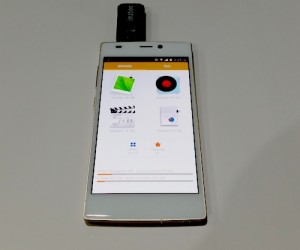 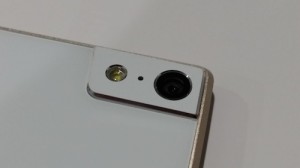 The Elife S5.5 comes with a 13 Megapixel camera which is common with Octa-Core powered smartphones nowadays. I liked the camera a lot because it takes nice photos and the color reproduction are acceptable. None of my photos I took looked washed out. The camera can take photos really fast so it’s perfect for those who want to take those “ninja shots.” 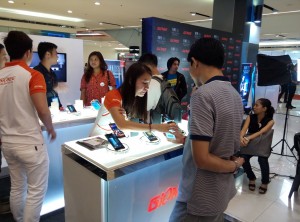 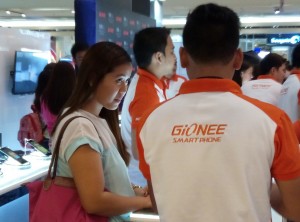 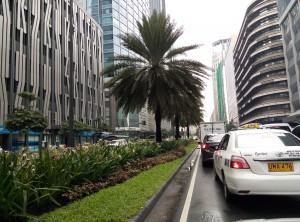 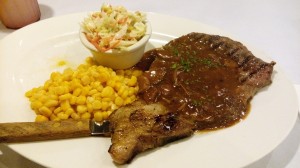 The 5 Megapixel camera on the front looks good too. Here’s a couple of selfies with fellow tech bloggers and my daughter. 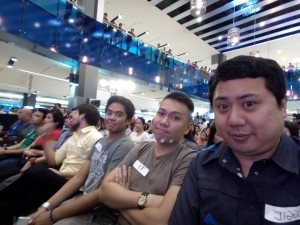 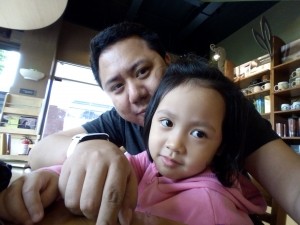 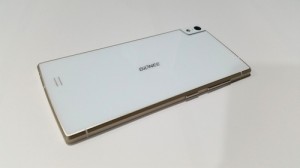 Despite the thin profile of the Elife S5.5, Gionee was still able to include a 2,300 mAh battery in the smartphone. My average use per day with music streaming on for an hour, 10 minute phone call, web and social network browsing, video playback, and half-hour of games still leave me enough juice left before my day ends. Not bad, I say. 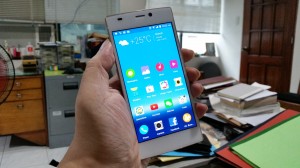 The Gionee Elife S5.5 is a great smartphone that gives the user both beauty and power. It is the most expensive Octa-Core powered smartphone, but acceptable for several reasons: the materials used are not cheap, Gorilla Glass 3 on both front and back panels, and it can stand accidental drops (as proven by Ms. Ellen Adarna.) I think this is the best looking Octa-Core powered smartphone in the market today,  so if you want to own the bragging rights of owning the World’s Slimmest Smartphone, go ahead and get a Gionee Elife S5.5.

*Special thanks to Gionee Philippines for loaning this review unit.