It’s been 2 weeks since the Samsung Unpacked event was held in Barcelona where the Samsung Galaxy S7 and Galaxy S7 Edge were announced. That’s also the same amount of time I have spent using the evaluation unit of this hottest device that’s about to hit the retail market in the next few days. 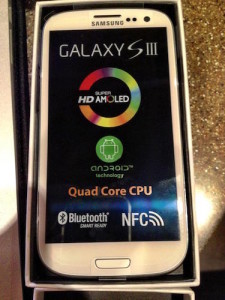 My Samsung Galaxy S3. I won it in a Smart Galaxy S3 launch!

I almost forgot that I’ve been using a Samsung Galaxy S3 since 2012 and wrote a review about it (which officially marked my return to the blogosphere.) I was stuck with it even when the Galaxy S4 was announced because I thought the upgrade was boring. 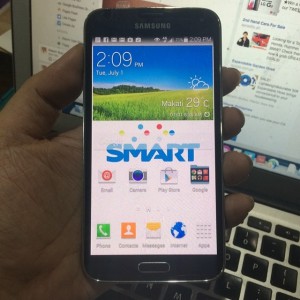 When I had the opportunity to own a Galaxy S5, I immediately got one because I badly needed an upgrade for my S3. My Samsung Galaxy S5 became my main phone and loved its water and dust resistant feature. 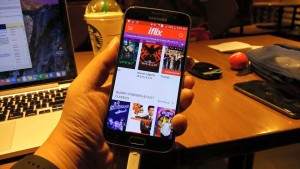 Samsung has gone a long way but with the competition that keeps on getting tighter year after year, can the Galaxy S7 entice existing Galaxy S6 users or non-Samsung users to buy this phone? 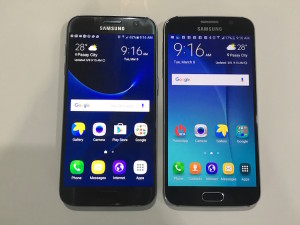 Smartphone brands have developed a pattern for upgrading their flagship devices with less changes in their form factor. Apple was the first to do it with their iPhones (3G-3GS, 4-4s) and other brands like LG (G3-G4) followed. Now, Samsung has done it too with the Samsung Galaxy S7 which is almost identical with its predecessor, the Samsung Galaxy S6. 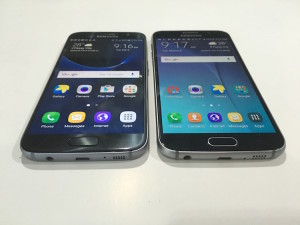 At first glance, you won’t be able to see much difference. Those with sharp eyes can tell that the earpiece, home button and the shade of bezel were the ones that were changed in the front. I like the darker shade of the Galaxy S7 which adds a bit of mystique. 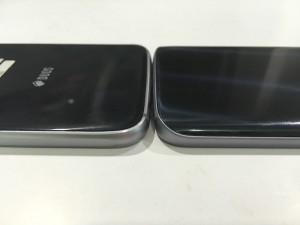 Galaxy S6 on the left and Galaxy S7 on the right. notice the curved sides of the latter.

Gone in the Galaxy S7 are the accented sides of the metal frame. Both sides have a rounded shape making it comfortable for the user’s hands when holding the smartphone. The sides of the back cover are rounded too which was copied from the design of the Galaxy s6/S7 Edge. Compared to the flat back of the Galaxy S6, I would prefer the Galaxy s7 for both design and comfort. 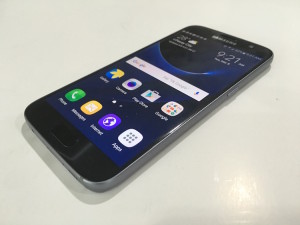 There is nothing new to talk about in the Samsung Galaxy S7’s display. It used the exact display specs of the Galaxy S6. The screen resolution is still fantastic and the Super AMOLED display is superb as usual but something is bothering me. Smartphones have bigger screens these days and while a 5.1″ display is currently still acceptable, several brands are focused on the 5.5″ to 6″ or the Phablet segment. The Galaxy S7 Edge made that jump, so why did the Galaxy S7 stayed behind? I do not know the answer for now, but come to think of it, we can’t claim everybody wants a phablet so maybe Samsung thought they’ll stay safe with a 5.1″ screen and let people get the Galaxy S7 Edge if they want a bigger display. 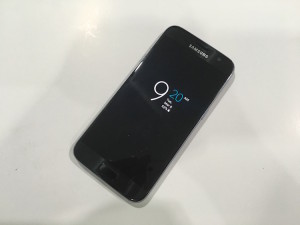 A minor additional feature that I like in the Galaxy S7’s screen is the Always-On Display. You can check the date, time, notifications or battery meter at once on the screen. I know what you’re thinking – this feature will drain the battery easily. Nope, it will not and I have proved it during my usage. Check the battery section below in this review. 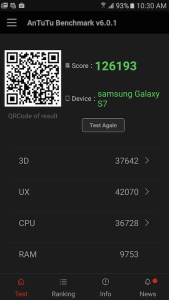 Now look at that score!!! The Samsung Galaxy S7 broke the Antutu Benchmark app with a colossal score of 126,193! 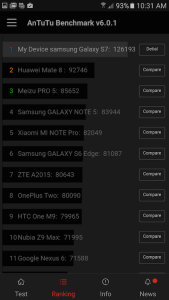 The chart simply shows that the Galaxy S7 is currently the Speed King of all smartphones today. Not even the one the Huawei Mate 8 that is placed in the 2nd spot is nowhere near it. By the way, the Samsung Galaxy S7 and Galaxy S7 Edge that will be released here in the Philippines will have the Exynos powered models, so the benchmark results you see were also from an Exynos variant. I know the Qualcomm variant is faster and more powerful than the Exynos, but as far as I know it won’t be sold here. 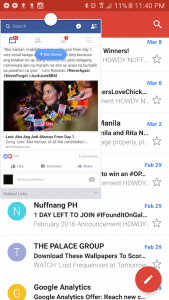 My favorite way of multi-tasking – Multi-Window

In the real world, the Galaxy S7 was able to perform very well with my usage for the past 2 weeks. No hiccups whatsoever, except for one time I was forced to restart the phone as it froze for several minutes. I suspect it was caused by an app I was testing at that time. If you’re juggling social media apps, messenger apps, phone calls, audio and video streaming, then you should be fine. 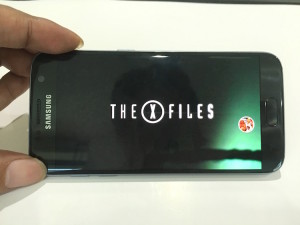 We thank Samsung for upgrading the RAM to 4GB which is one of the reasons why I am able to multi-task efficiently. And aside from the memory, they also brought back storage expansion to the Galaxy S7. It can handle memory cards up to 200GB aside from the 32GB internal storage that comes with the unit (Philippine market will only have the 32GB variant.) 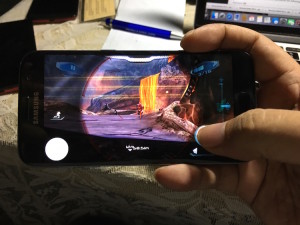 With the Antutu score that I got, I became excited to play NOVA 3 on the Samsung Galaxy S7. For those who have been following my reviews especially on The CP Republic (please don’t forget to subscribe to our channel) I always install this game to check if the device I’m evaluating can handle its heavy graphics. I’ve been playing this game on the Galaxy S7 for about a week now and I have to say this: the gameplay of the NOVA 3 is AT PAR with the iPhone 6S Plus! Last year, I played the same game on the Asus Zenfone 2 and I had almost the smoothest game experience next to the iPhone 6S Plus. With the Galaxy S7, it did not experience any lags or delays in the cutscenes of the game. Dialogues of the characters were on time and absolutely no lags or hiccups during the whole time I played. Me thinks the Galaxy S7 can be a serious gaming device or users who want to play action heavy games.

Speaking of games, the device now has some special settings for gamers called Game Tools. A floating button would appear whenever the user is playing a game and can choose the following: 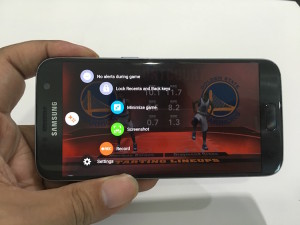 These settings were really handy especially the Lock keys. I always tend to press the hardware buttons while playing a game which I find really annoying. I was able to record a couple of gameplays and I’m happy that I was able to record it at the same screen resolution.

For those who are asking if the Galaxy S7 heats up, yes it does but not to the point that it’s too hot to hold. I did experience heat on the phone a couple of times when I was playing games. It doesn’t happen too often and if it does, it’s still bearable to hold.

If you guys want to see these on video, watch the video review of the Samsung Galaxy S7 reviewed by The CP Republic with guest Mark Milan Macanas of Techpinas: 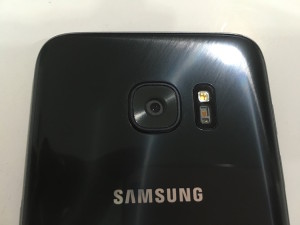 Some people may react about the “downgrade” of the Samsung Galaxy s7’s’ camera. The previous model has a 16 Megapixel shooter while the Galaxy s7 has a lower megapixel count at 12. Personally, I don’t see anything wrong with this. The good thing here is that they were able to increase the aperture from f/1.9 to f/1.7 on both the front and rear cameras. This means you can take photos in places with low levels of light without the flash. I had plenty of good photos taken with the Galaxy S7 whether in daylight or low-light conditions Check out the samples below: 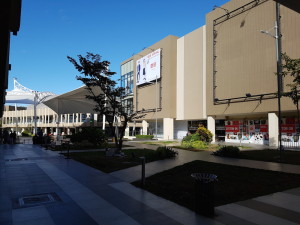 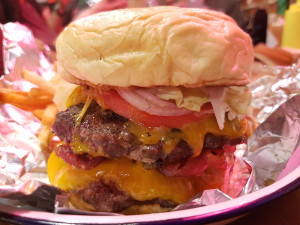 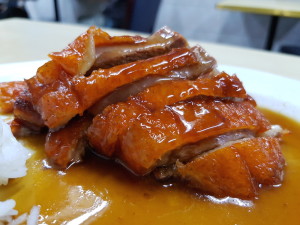 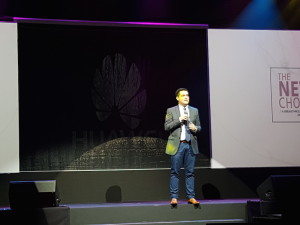 This photo was taken inside a hotel ballroom with spotlights on. Used digital zoom. 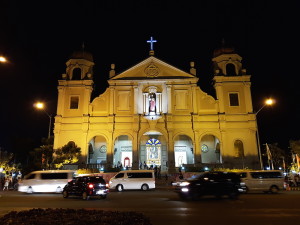 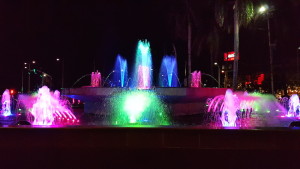 This photo was actually taken while recording a video 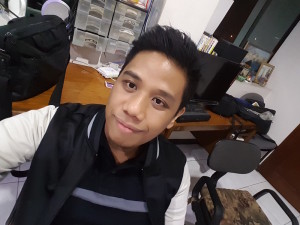 A Selfie by Selfie Master Mark Macanas of Techpinas.com taken by the front camera

And this is the sample video I recorded (try playing it in 1080p): 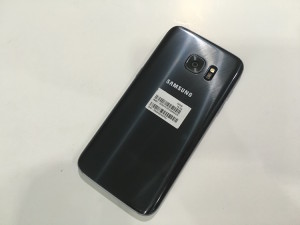 Another good thing Samsung did on the Galaxy S7 is bumping its battery capacity from 2,550 mAh to 3,000 mAh. As expected, I got a longer battery life than the Galaxy S6. The shortest I had was 9 hours which involved LTE turned on all the time, playing NOVA 3 for an hour, listening to Apple Music via bluetooth on my car, several long phone calls, and my usual social media activities. My usual usage will get let me reach between 12-15 hours even with LTE and Always-On Display turned on for the whole time. That’s a big jump from the usual 9-11 hours I used to have with my Galaxy S6. 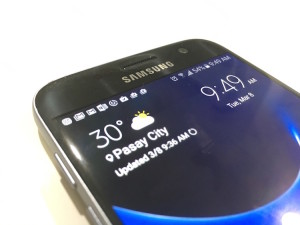 I received an email earlier from Samsung Philippines that they are going to retrieve the evaluation unit I’m using. I didn’t expect to enjoy it so much and I couldn’t bring myself to go back to my now old Galaxy S6. The Samsung Galaxy S7 is a worthy upgrade from any Galaxy S phone anyone currently owns. What about non-Samsung users? I say there is a possibility that they may switch because most of them would want a smartphone that is stylish, powerful, water and dust resistant, has an expandable storage, excellent camera and long battery life. All of these qualities are with the Samsung Galaxy S7. Having said that, it deserves a DR’s Choice Award! 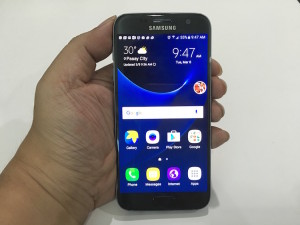 Aside from buying the Samsung Galaxy S7 from the retail stores, you can also pre-order from SMART. Click here for more details.

* Thanks to Samsung Philippines for loaning me a review unit.

[…] There weren’t much changes in the Samsung Galaxy S7 and S7 Edge, but the improvements they’ve made benefited the Galaxy S fans. They listened to the fans by bringing back expandable storage with capacity up to 200GB, battery capacity were bumped up to at least 3,000 mAh and they also made it water and dust resistant again. I got this last June of 2016, and was my last phone in the series. You can read my review of the Galaxy S7 here: https://digitalreg.net/samsung-galaxy-s7-review-galaxy-s6/ […]