Not too long ago, I attended the Zenvolution event in Taiwan where ASUS revealed their latest Zenfone 3 lineup. The response was positive and I even did a first impressions blog post about the Zenfone 3. Also while in Taiwan, ASUS Global CEO Mr. Jerry Shen mentioned in our interview that the Zenfone 3 lineup will be released in Manila this August. 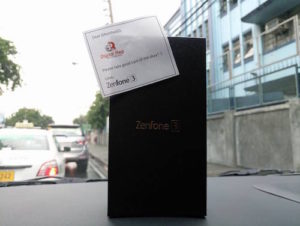 Now that the Zenvolution event has finally happened with Philippine prices already revealed, I am now posting my review of the ASUS Zenfone 3 which I’ve been using as my main phone for the past 2 weeks. I am reviewing the 5.5-inch variant which has the same specs of the 5.2-inch variant.

Just like the Zenfone 3, its packaging was also upgraded to have a premium look. Instead of a carton with an image of a Zenfone, I got a thick black box with the Zenfone 3 logo embedded in gold. Included in the package are the phone, Type-C USB cable, USB Charger head, SIM ejector and a pair of earphones. 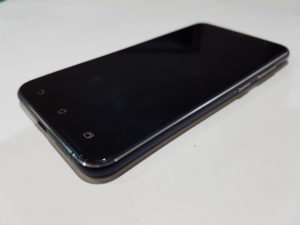 We are all familiar with the looks and feel of the Zenfone 2 lineup which usually has a curved back with the power button found on the top and the volume rocker placed at the back. Since ASUS wanted to have a premium Zenfone lineup, their Zen design team did away with plastic and used metal for the body and glass for the front and back. The result is a high-end premium quality smartphone similar to the Samsung Galaxy S7 and the iPhone. 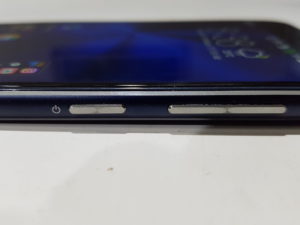 The new design of the Zenfone 3 brought in improvements not only in aesthetics but also in functionality as well. The power button along with the volume rocker are now found on the right side of the phone. The button feels sturdy and I think will last longer than the one found on its predecessor. 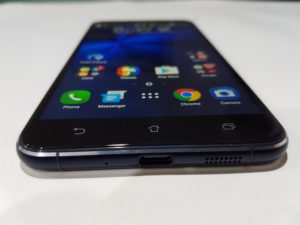 Speakers are now found underneath of the phone which will avoid any muffling of sound whether it is placed face up or down, and the new fingerprint scanner feature takes the place of the volume rocker. The camera, however, slightly protrudes at the back and there’s a chance that it might get scratched. 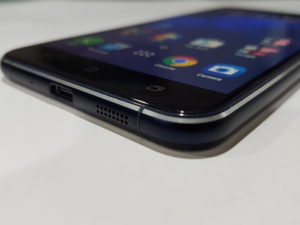 Even with the glass and metal combination, the Zenfone 3 provides a good grip and is actually comfortable to hold, thanks to the curved sides and the 2.5D glass applied both on the screen and back cover. Despite of its size, it is surprisingly lightweight and not a burden to carry. 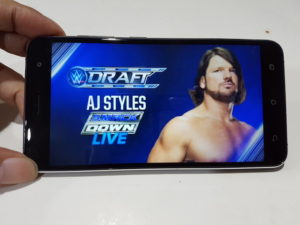 One look at the screen display of the Zenfone 3 and I was convinced that this is better than any of the Zenfones I’ve used before. Thanks to the Super IPS+ Display, the screen is noticeably brighter and more vibrant whether I view photos I’ve taken with the camera or watch streaming videos. I must say that the 2.5D glass on the display adds a little style

The Asus Zenfone 3 is the first smartphone to use Qualcomm’s Snapdragon 625 processor. As always, I installed Antutu Benchmark on the phone to see how it performs. 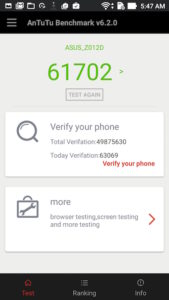 As you can see, it was only able to get a score of 61702. In today’s mid-range line of phones, it’s not really that bad though there are other brands perform better in Antutu. Then again, that’s just a score in Antutu and personally, what really matters is its real world performance. 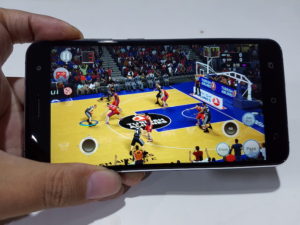 The Zenfone 3 performed really well with the applications I’ve installed. It was able to juggle all those open apps with ease, even the likes of NBA2K16 running in the background. I did not encounter any heating issues and that should be good news for those who plan to upgrade from the Zenfone 2. All the games I’ve installed didn’t produce any hiccups on the phone even on their highest settings. One example I have is the aforementioned NBA2K16 which I recorded via the phone’s Game Genie. Check out the video below:

Recording with the Game Genie on might have caused a couple of lags but it was still very playable! Take note, the game was even on highest settings, so you can just imagine how it performs without the Game Genie recording the app. 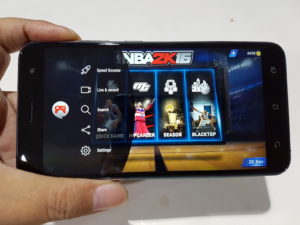 Speaking of the Game Genie, this is a nice app added by Asus on the Zenfone 3. It gives the user options to close other open apps to improve performance of the game, search for game tips, stream the game live to your YouTube or Twitch account, record the game on your phone or share photos or videos to your social media accounts. What I wish though is for the Game Genie to have the option to lock hardware keys and block notifications similar to the Samsung Galaxy S7’s Game Tools. 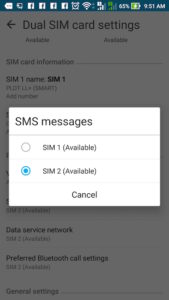 As a phone, I did not encounter any issues with my calls (depends of course on the location I’ve made my calls) despite of the Zenfone 3’s all-metal body. What annoys me is Google’s Messaging app. The Zenfone 3 is a Dual-SIM phone and ideally a user should have options to send text messages with both SIM Cards. That’s not the case with the Zenfone 3, as you have to change the default SIM card under Settings. I know we get annoyed with the bloatware that ASUS brings with their Zenfones, but I’d rather have their Messaging app than Google’s. 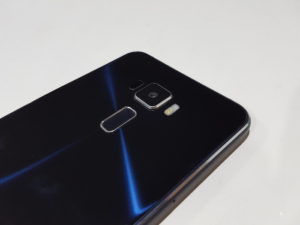 So far I’ve mentioned improvements in aesthetics, display and performance, and I’m happy to report that even the Zenfone 3’s camera was not left behind. The inclusion of a Sony IMX298 sensor along with OIS, EIS (Electronic Image Stabilisation) and a 2nd Generation Laser Autofocus meant that ASUS was very serious on upgrading their cameras. Sure, their Zenfone 2 cameras can take photos in low light, but in reality, photos show a lot of noise and pixelated whenever I zoomed in for a photo. I am not sure why the Megapixel count became 16 rather than 23 when it was announced last May, but that’s fine with me. Check out the photos below: 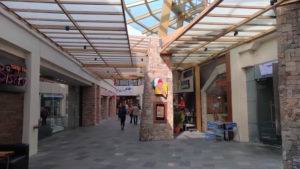 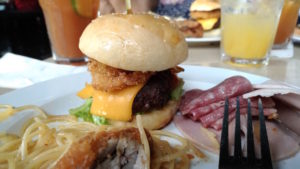 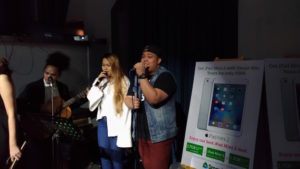 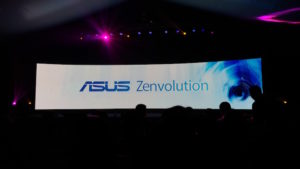 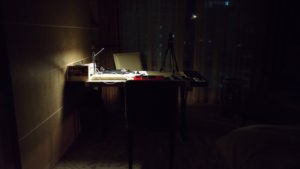 Sample Photos 3, 5 and 6 were shot in Auto and I don’t think I’ll get the same results with the Zenfone 2.

The camera can also record 4k videos which is great, but I don’t know why the Video Stabilization feature is not supporting it. I will check with ASUS on this but I guess in reality, videos in Full HD should be okay.

ASUS retained the same battery capacity for the Zenfone 3. With a powerful and efficient processor, I was able to use the phone between 10-12 hour on an average. Continuous use connected to WiFi while playing Need For Speed, a couple of NBA2k16 quick games, iflix videos, YouTube, Facebook and other social networking apps reached 10 hours with 10% of battery juice left.

Another change here is the non-removable battery which should be okay because the Zenfone 3 looks really cool now. Unfortunately, it does not come with a fast charger and it now uses a USB Type-C cable. 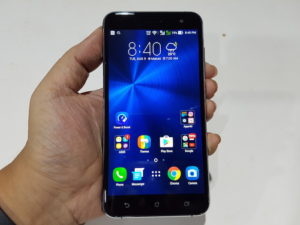 The ASUS Zenfone 3 is a great upgrade for Zenfone 2 users. My Zenfone 2 broke down recently and was supposed to have it fixed, but after using the Zenfone 3 for the past few weeks I didn’t bother having the former repaired anymore. It is now my favorite main phone, and my previous Samsung Galaxy S7 is now sitting in the sidelines. 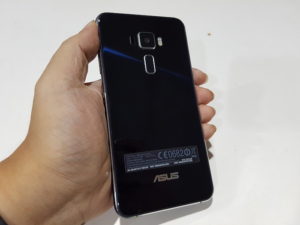 Like what I’ve said last May, ASUS has really stepped up in the game. Some Zenfans may not like the new pricing (that’s for another blog post), but I feel that ASUS did what it was supposed to do to compete with the big boys like Apple and Samsung.

[…] Pro is powered by the mid-range powerhouse Qualcomm Snapdragon 625 processor similarly used on the ASUS Zenfone 3. As proven by the previous flagship, this processor can handle all your games and productivity apps […]

[…] Snapdragon 630 processor, a move I find quite surprising for a “lite” smartphone. The ASUS Zenfone 3, the flagship in 2016 used a Snapdragon 625 processor which I had high praises for its significant […]

ASUS ROG Phone Review: How A Gaming Phone Should Be • DR on the GO • Tech Review

[…] and memory it currently uses as well as the CPU and GPU temperatures. You can also find here the ASUS Game Genie which we’ve seen in previous ZenFones and other stuff that you can tweak, such as the fan […]