It’s been a while since I have reviewed a sub-P3,000 phone. I’m excited about the Cherry Mobile Flare J1 2017 because it has something new to offer. I’m talking about its screen display which I will cover in this review. 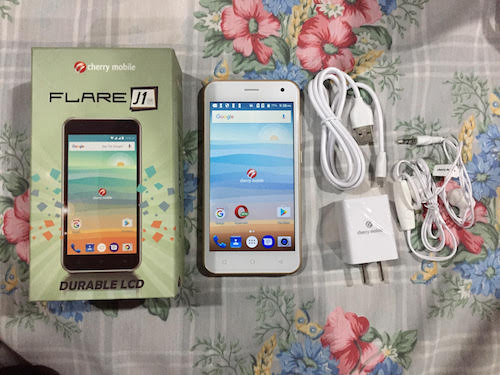 Nothing fancy as expected for a sub-3k priced phone. Simply contains the Flare J1 2017, battery, USB cable, USB Charger Head and a pair of earphones. The Flare J1 2017 feels quite similar to its 2016 version. It is thick and at the same time looks solid enough to last for a few years. Actually, the phone is made of hard plastic and its thickness gave it a solid feel. The J1 2017 is a bit on the heavy side compared to its counterparts in the same price range. 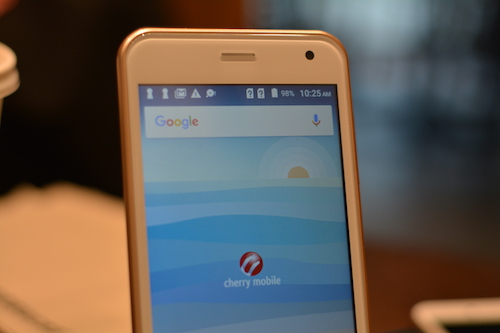 Normally, you find this feature in high-end phones so it is unusual for us to see this in a low-end model. It is an interesting feature though as cheap phones are often associated for not lasting long. The Flare J1 2017 will change that perception. 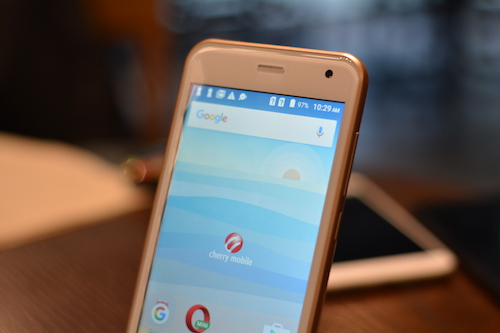 What makes the display indestructible? Simple – a thick glass panel. The peeps from Cherry Mobile did not elaborate further as I was expecting some more technical explanations. Whatever. As long as it works, right?

So I held the phone and banged it on the edge of a table. Here’s the video:

During my review period, I banged the phone in front of my friends to show its durability. The Flare J1 2017 did not disappoint me. I’m pretty sure this would survive accidental drops, though I am not sure what would happen if it gets dropped from the 5th floor of a building. 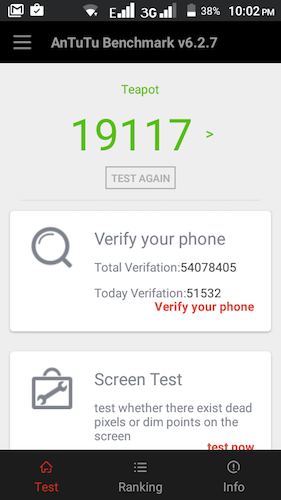 This is an issue for me as an advanced smartphone user. The chipset used by Cherry Mobile on the J1 2017 is a 1.2 GHz Spreadtrum processor with a measly 1GB of RAM. These specs may sound great, if it’s still the year 2012. I was able to use Facebook with it but as long as I don’t have any other apps open. Same approach can be done with other apps. Basically, it is very hard for intermediate to advanced users to multi-task in the J1 2017. 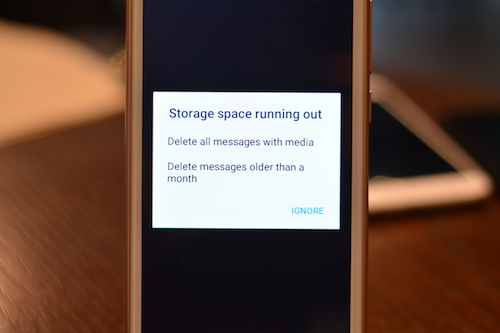 My other caveat here is the 8GB internal storage. Today’s popular apps like Facebook demands a lot of storage and memory. Next thing you know, you’ll get a notification about your shortage on storage. There are also a few preloaded apps that adds up to the storage. Problem is, not all of them can be uninstalled. You can insert a Micro SD card for additional storage and move some of these apps there but it can only do as much.

These observations of course are from my perspective as an advanced user. The price segment this phone targets are those who just simply wants to do Facebook and Instagram and play simple casual games once in a while. These users don’t usually multi-task, which is why a 1GB of RAM should be enough for them. 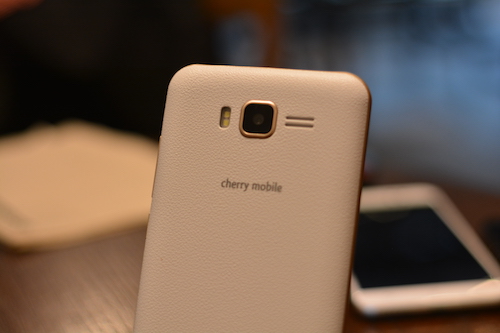 The Cherry Mobile Flare J1 2017 comes with a 8 Megapixel Camera. It doesn’t have Auto-Focus so users simply just have to aim and shoot. Here are some sample photos 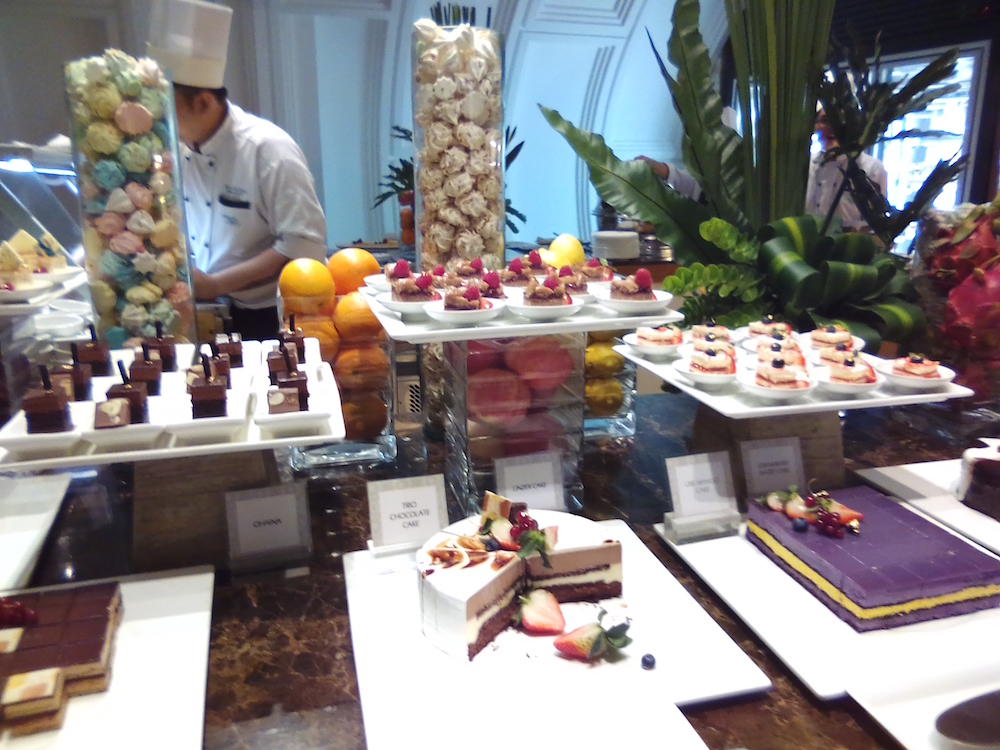 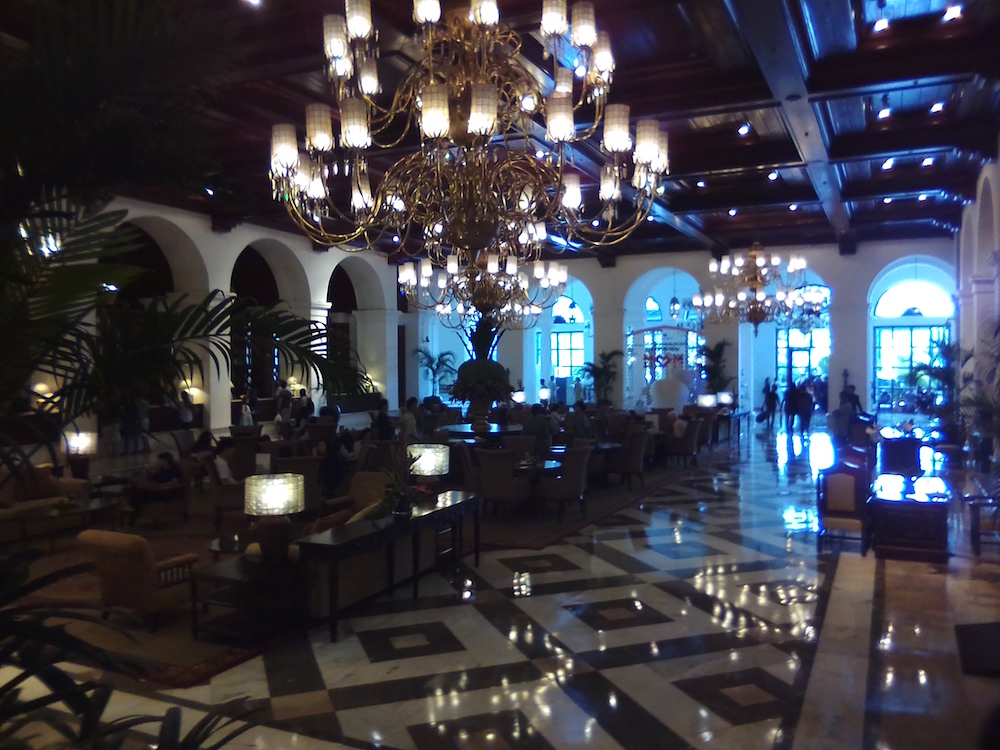 The first two photos were good enough for the naked eye. The third photo taken inside Manila Hotel shows the difficulty of capturing images in low light areas. It should be okay for outdoor shoots.

Again, camera quality won’t matter for the target market of this phone as long as they are able to take photos. If you buy this phone for the price and the camera and complain about the latter, you are obviously not its target market.

The phone’s 2,300 mAh battery capacity can go for more than 8 hours when used moderately. It could go more than that if it’s only connected to WiFi. 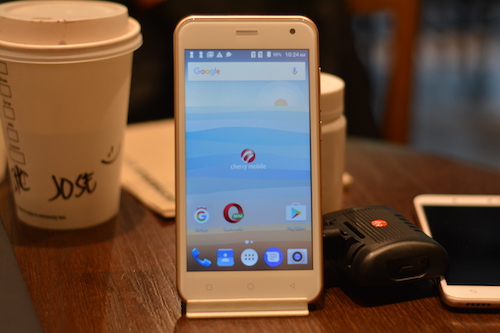 Indeed, the Cherry Mobile Flare J1 2017 has a durable screen to give assurance to its users that the cheap phone that they’ve bought will not easily break. For the price of P2,699, it’s a good phone to have if you have toddlers who like to take away your phone and attempt to smash its screen. If you’re a novice smartphone user, this phone will definitely work for you.

I will be raffling off a Cherry Mobile Flare J1 2017. Please read these contest mechanics to join:

1. Like DR on the GO‘s FB page.
2. Like Cherry Mobile‘s FB page.
3. Share my Cherry Mobile Flare J1 2017 Review on your Facebook page and tag 5 of your FB friends. Please share this link: http://bit.ly/CMFlareJ12017
4. Lastly, explain why you always need to take good care of your mobile phone. Please be creative in posting your comment. Post it on the comments section of –
http://bit.ly/CMFlareJ12017

Make sure to follow all these 4 steps as I will check them one by one. Also, please be creative in posting your comment for number 4.

1. Participant must live within the Philippines.
2. If one of the contest mechanics is not followed, participant will be disqualified.
3. Winner will be notified via Facebook. Prize will be given via meetups.
4. If winner is outside of Metro Manila, prize will be shipped.

[…] Mobile sent me several phones for review, which include the Flare J1 2017 and Flare P1. This time, I’m departing from the Flare series for a moment and review the […]