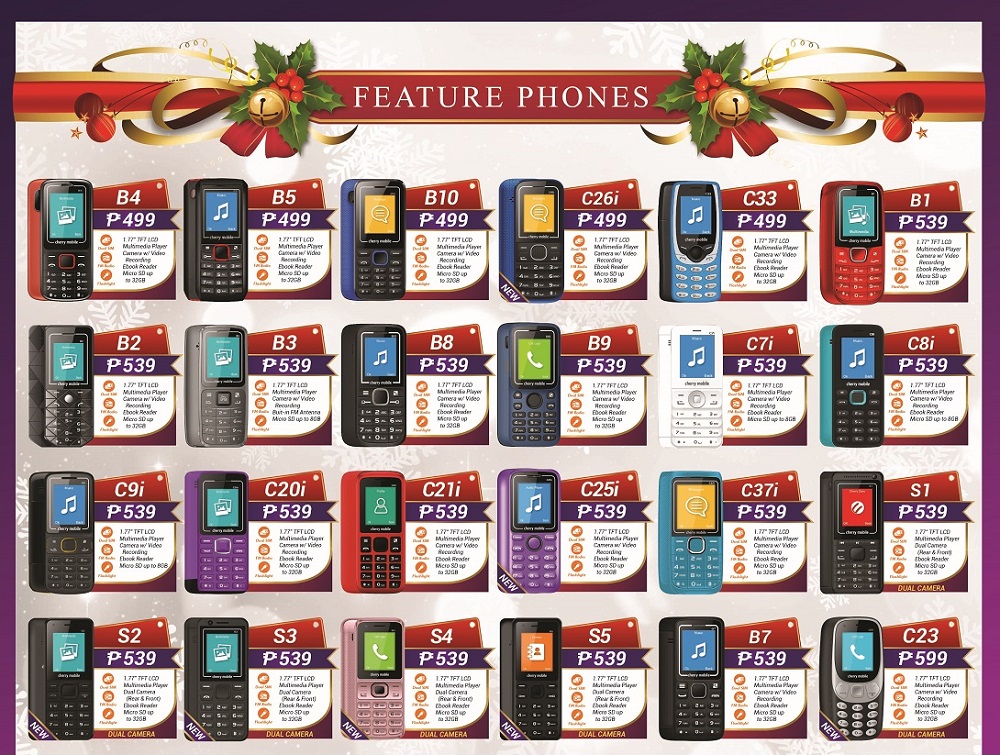 Honestly, I don’t know what to recommend in the first half of the Feature Phone page. All of them have the same screen size, features, and even the price. It all boils down of how the phone looks and if it has a camera. 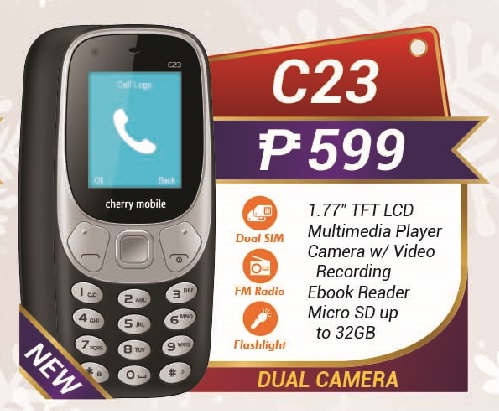 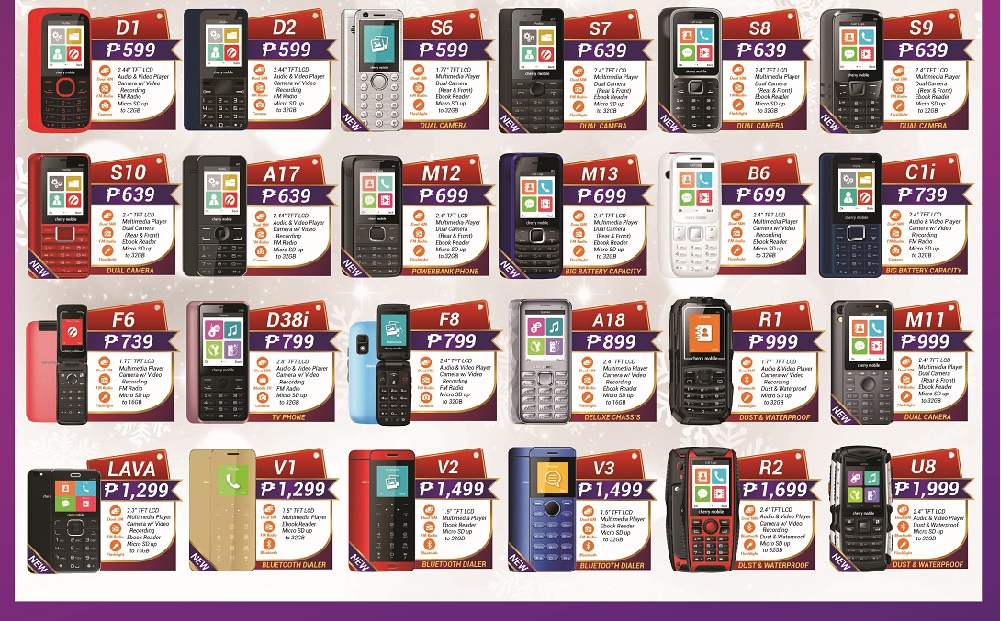 The bottom half of the Cherry Mobile Pricelist December 2017 feature phone page has more distinct models to choose from.

If you want a simple phone with a big battery life, go for the Cherry Mobile M12 and M13. The M12 can be even used as a powerbank too! These phones cost only P699 per unit. 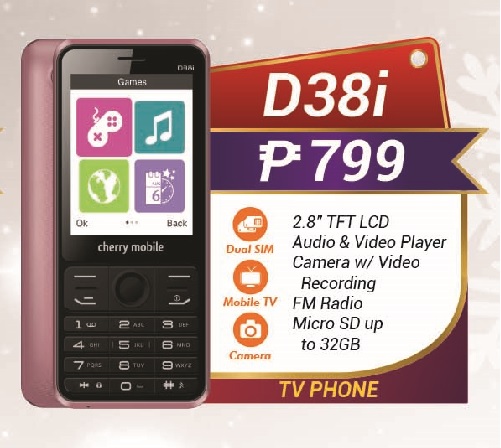 Need a cheap analog TV phone? Then the Cherry Mobile D38i is the phone for you. Unlike years ago, the D38i will only set you back for P799! In 2009 when Cherry Mobile was introduced to the market, their first TV phone M35 Integra had a retail price of P5,990. See the big jump in pricing in a span of 7 years?

Those who miss having clamshell or flip phones like myself can go for the Cherry Mobile F6 and F8. The difference between the two are the sizes of the screen but since both of them are small, I don’t think it would matter anyway. As long as we have a working clamshell phone then it should be good. The F6 is P739 while the F8 is P799.

Cherry Mobile also has a couple of phones that are dust and waterproof. The Cherry Mobile R1, R2 and U8 are the ideal phones for those who are into active lifestyle like extreme sports or for those volunteers who work for emergency rescue services. The R1 with a smaller screen is only P999, the R2 at P1,699 and the U8 at P1,999. 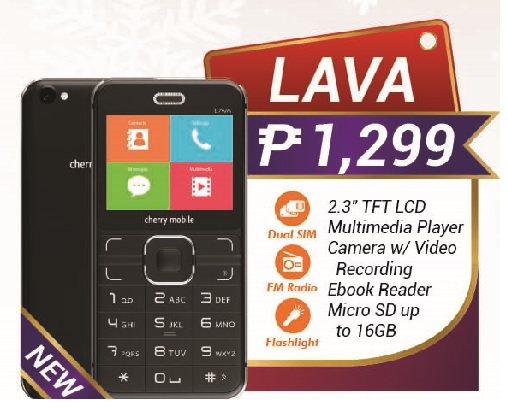 Onto more interesting stuff, the Cherry Mobile Lava reminded me of the Alcatel OT-V770 which I was able to use way back in 2008. The designs of these two look similar, don’t they? A tidbit I’d like to share with everyone is the Alcatel OT-V770 was marketed here in the Philippines as a “Lava phone.” As in lava from the volcano. I’ve forgotten the reason behind it. Now, Cherry Mobile used it to name one of their latest feature phones. The idea of the phone’s landscape screen is to watch videos without turning the phone sideways. Even cameras taken in portrait mode will be saved as landscape. The price of the Alcatel Lava phone in 2008 was around P6,990. The price of this Cherry Mobile Lava is only P1,299.

My last recommendation for the Cherry Mobile Pricelist December 2017 Feature Phone section are the Cherry Mobile V1, V2 and V3. I was able to see the V1 before and it immediately caught my attention. It’s a slim bar that masquerades as a phone (or is it the other way around?) The only time you will realize it’s a phone is when its lights and screen illuminate from hibernation. It’s a cool phone to bring around even in a formal event. If the V1’s looks are for the thirty-somethings and above, the V2 and V3 are for the up and coming millenial crowd. The V3 comes with a physical keypad so this should work for those who don’t want to use a virtual one. A special feature found in these 3 phones is a Bluetooth dialer. The price of the V1 is P1,299 while the V2 and V3 are priced at P1,499.