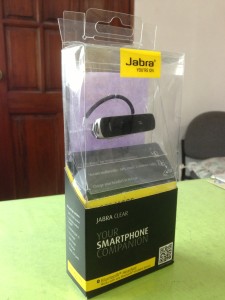 The last time I wore a bluetooth headset was 4 years ago if I am not mistaken. I like to wear them before since it gave me the convenience of making phone calls while doing something else. Years have passed and I’ve forgotten where I placed mine, so when Jabra sent me a review unit of the Clear headset, I figured why not give it a try and see if it can make me use one again. 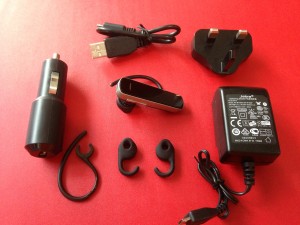 The Jabra Clear and its contents

The Jabra Clear bluetooth headset comes with a charger, USB cable, a spare earhook, 2 eargels and a car charger adaptor. I don’t usually find the latter with other bluetooth headsets I’ve used years ago but it’s a welcome addition. 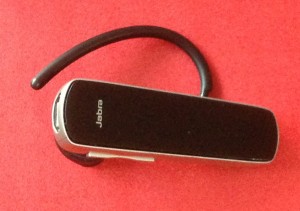 Not a Dorky Design

I don’t find the Jabra Clear stylish, but the headset doesn’t suggest that it’s plain and cheap. The neutral design will look well for anybody who wants to use a bluetooth headset. I can guarantee it will not make you look like a dork. 🙂

I used it for days and it fits comfortably in my ear. There was never a time that I’ve complained about wearing it, and that’s a good sign for me. Compared to my old bluetooth headsets, the Jabra Clear doesn’t easily fall off. It just stayed in my ear for the whole time. 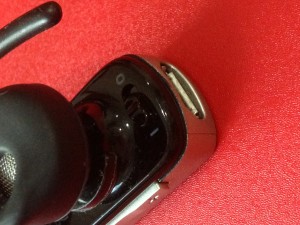 Before wearing the Jabra Clear headset, make sure to turn on the switch which is found behind the earpiece. Pairing is easy and it should take a few seconds to setup with a mobile phone. To adjust the volume, the buttons are found on the side of the headset. And to make/answer calls, just press the call button on its outer side where the Jabra logo is found.

Normally, the LED light is found on the outer side of a bluetooth headset. For the Jabra Clear, it’s the opposite. There’s also a battery indicator that lets you know if it has enough juice left for making or receiving calls. 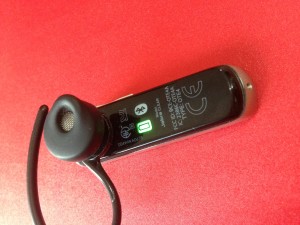 I can say that the quality of the Jabra Clear is pretty good. The people I’ve called with my headset on were able to hear me well, except for those moments I’m riding a jeepney. Its engine’s noise would always drown anyone’s voice over the phone. Though I am aware that it has a way to filter noise, it wasn’t effective enough as I have expected.

What I like about this headset is its capability to connect to 2 devices simultaneously. It doesn’t matter to me now that I carry only one phone but it would still be great just in case I bring a secondary smartphone. Anyway, what this feature can do is it can let you take calls on both Phone #1 and Phone #2 with the use of a single bluetooth headset. 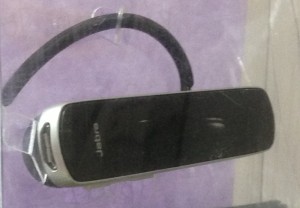 Not Just for Calls

I didn’t expect the Jabra Clear to have the ability to play music from my smartphone or MacBook, but it did. It may not be of stereo quality but I don’t mind. I don’t like the hassle of changing headphones for listening music and answering phone calls. It also supports the sound of the movies I played and that was also a neat feature. I have to admit that it feels a bit weird to listen to music on one ear only.

Based on my usage, I was able to stretch the battery life of the Jabra Clear headset to an average period of 3 days on a single charge. The phone calls I’ve made were like almost an hour per day, which means this headset has superb battery life.