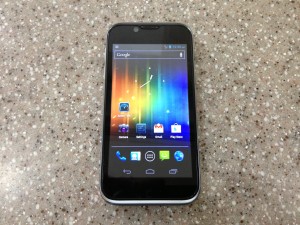 Recently, I was lent a review unit of the ZTE Grand X LTE T82 by SMART to check out what the smartphone has to offer. It was a quick review, but I was able to use it as my main phone during one busy Monday. Let’s see how the T82 fared, especially if its LTE connectivity has something to boast about. 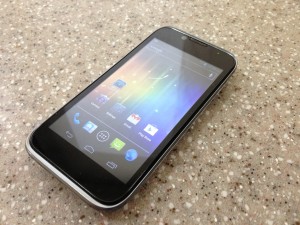 The ZTE Grand X LTE T82 (that’s a mouthful!) is not among the prettiest smartphones out there. Its plain design doesn’t appeal to my taste, and the black bezel/white back cover combination doesn’t help change my decision. The T82 seems to be made of plastic, but it doesn’t feel cheap for me to hold. I find it odd that the Android buttons are found on the screen instead of the bezel. I just think that ZTE should have placed their buttons on the bottom of the phone and use that extra real estate to increase the screen resolution.

Nothing much to talk about on this section of the review on the ZTE Grand X LTE T82. The only add-on I found here was a fancy shortcut on the homescreen when locked. The rest is stock Android Ice Cream Sandwich. I know it’s not Jellybean but it’s still good enough to run all the latest applications from the Google Play Store. This straightforward approach taken by ZTE on the T82 may pale in comparison with the likes of the HTC’s Sense or Samsung’s TouchWiz, but I’ve always believed that having a software without any customizations can make the phone a lot faster. True enough, the T82 which has a 1.5GHz Krait processor under the hood was very quick to respond when opening and using the applications I’ve installed. 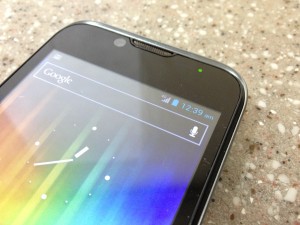 Now this is the part I enjoyed the most. The ZTE Grand X T82 is compatible with SMART’s LTE network, and I am pleased that I can use my LTE-enabled Smart postpaid SIM with it (I had to use a Nano to regular SIM adapter for this to work). If you haven’t experienced downloading files using their LTE network, let me share you an example: it’s like downloading an 800MB video file in less than 5 minutes. Yes, it’s that fast! (More info on SMART’s LTE network here http://www1.smart.com.ph/bro/lte).

It was a busy Monday on the first day of July and I took the ZTE T82 for a spin. Thanks to SMART’s LTE network, I was able to setup my Google credentials and apps in a jiffy. I drove to my meeting in Pasig that morning where I was able to get 20 Mbps along C-5. I was pleased that the venue of our meeting has SMART’s LTE signal so I used the T82’s WiFi hotspot for my MacBook. My presentation, which requires YouTube videos and opening graphic-intensive websites went very smoothly. I was really pleased that everything turned out well, thanks to my very reliable LTE connection.

Before I went home, I chilled out in Greenbelt while I browse my social media feeds and watch YouTube videos on the T82. I wish I can make Greenbelt as my residence. This photo should tell you why: 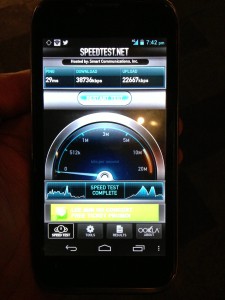 SMART advertises their LTE download speed up to 42 Mbps. The results of the picture above is equivalent to 37.83 Mbps, which is insane! No buffering at all on the YouTube videos I’m playing on the T82.

The ZTE T82 comes with a removable 1900 mAh battery. With LTE on, I was able to use the T82 for 8 straight hours. Clearly this won’t last a day for me since I am a heavy LTE user so I suggest bringing a powerbank to charge the phone while on the go, or you can switch the data off while not in use. 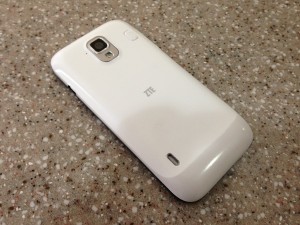 Do not be deceived by the simplicity of the ZTE Grand X LTE T82. Despite of its ordinary looks, the phone was responsive and was able to multi-task all my applications during my busy Monday schedule without a sweat. It is the only LTE-compatible smartphone available for free under SMART’s All-In Plan 800, and it may be the most affordable one that you can get in a postpaid plan.

The biggest feature here is the ultra-fast LTE connectivity, and if you need a no-nonsense phone that can give you that, then the ZTE Grand X LTE T82 from SMART may just be the one for you.

(Thank you SMART Communications for lending this unit for review.)

[…] week, I posted a review of the Grand X LTE T82 by Chinese smartphone maker giant ZTE. This time, my review is about the Ascend D1 from another […]