If I thought that the Samsung Galaxy S8 would be 2017’s smartphone of the year, looks like there will be a new serious contender that’s going to steal that crown. That phone is still from the Korean giant, and the Samsung Galaxy Note 8 has finally been announced. 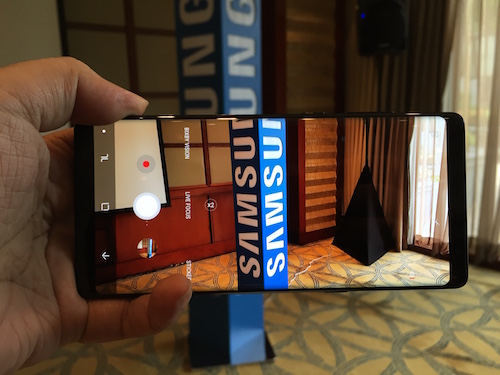 The Note 8 has some similarities with the S8+, but with some advantages. Among them are a bigger 6.3″ Quad HD+ Super AMOLED Display which, in spite of its large screen is not cumbersome to hold. Of course another advantage is the S-Pen, the main feature of the Note series for the past 6 years. 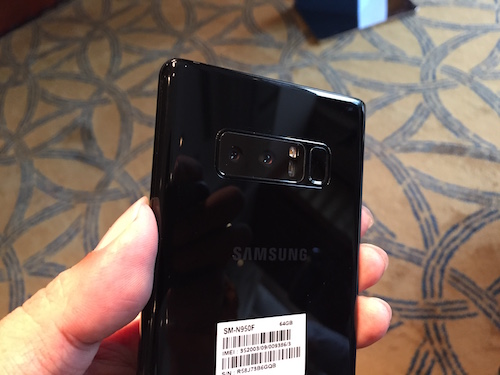 The most notable upgrade of all (and another reason to justify its price) is its Dual-OIS Cameras. A first in Samsung, both cameras are composed of 12 Megapixel shooters: one with an aperture of f/1.7 while the other is f/2.0 and 2x optical zoom. It can also take bokeh shots for that artistic touch. Samsung claims it’s their best camera yet and we’re all excited to try it out.

Now here’s the thing, and a lot of people may react to this. The Samsung Galaxy Note 8 Price is a whopping P49,990.00! That’s P10,000 more than last year’s SRP of the Samsung Galaxy Note 7. So how did they end up with this price? The way I see it, they can justify the price because of its large 6.3″ screen display, 6GB of RAM with expandable storage via Micro SD, and the Dual-OIS cameras. Come to think of it, with those features, it should be priced higher than the Galaxy S8+ which has an SRP of P45,990. As always, Samsung is confident that the Galaxy Note 8 will be another hit this year and further push them to the top of the world.

Pre-order will start on September 8 and will be offered in Midnight Black and Maple Gold. Visit Lazada.com.ph or the nearest Samsung Experience Store to pre-order. Meanwhile, you can check out my First Look post of the Samsung Galaxy Note 8 by clicking this link.

Samsung Galaxy Note 9: The S Pen Is Mightier Than a Sword • DR on the GO • Tech Review