The ASUS Booth at Computex 2016

Ah! After so many years, I have finally stepped in to the greatest expo in this part of the planet – COMPUTEX 2016! I was so excited to visit all the booths but I’m also aware that my time was limited, so I had to hustle. 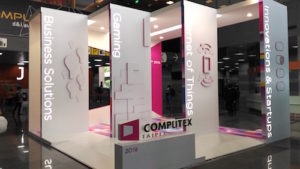 After getting lost for a while, I reunited with the ASUS Philippines PR Team and found the ASUS booth. It’s a very big booth which mainly showcases the products that were introduced yesterday – the Asus ZenFone 3 line, Asus ZenBook 3, and the Asus Transformer 3.

I managed to get interviews with three people who know about the ZenFone 3, ZenBook 3 and the Republic of Gamers Virtual Reality platform.

This is my interview with Miss Taiwei (?) about the new ZenBook 3

And lastly, Mr. Sascha Krohn of ASUS Republic of Gamers. I did a splitscreen halfway through the video so you can also see me try out the VR game called Bullet Train. Boy, I want this in my home right now!

Unfortunately, our time in COMPUTEX is limited and we have to strictly follow our itinerary for the day. I’m hoping I’ll get the chance to visit COMPUTEX again next year and every year after!

* Big thanks to ASUS Philippines for inviting us to attend the ASUS Zenvolution, ROG, and the ASUS COMPUTEX 2016 booth in Taiwan.

The Sony BRAVIA A80K brings you the best gaming investment