Home - Smartphones - The Wait is Over – The Samsung Galaxy S8 and S8+ are Finally Out!
Smartphones

The Wait is Over – The Samsung Galaxy S8 and S8+ are Finally Out!

The Samsung Galaxy S8 and S8+ were finally announced today with hope of bouncing back in the Smartphone race. The worldwide launch was held in New York, but like in previous Samsung Unpacked (or Unboxing as they call it this time) Samsung Mobile Philippines also held a livestreaming event for select media outlets where we also had a chance to have playtime with the newest phones in the market. 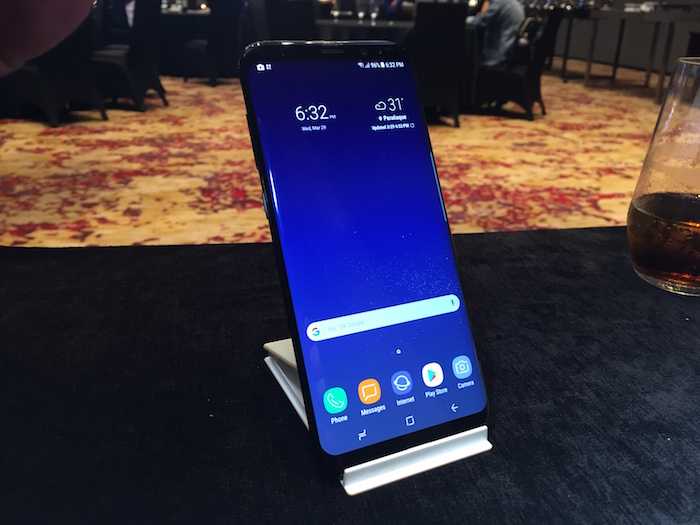 The obvious change that we can see with the Galaxy S8 is its end-to-end screen display. We’ve seen it in teasers by Samsung in previous months and that’s exactly how the phone looks like. Basically the EDGE display we’ve seen in previous Galaxy phones is now made permanent while the upper and lower bezels have little spaces left. Users can maximize the screen’s large display that has an aspect ratio of 18.5:9. 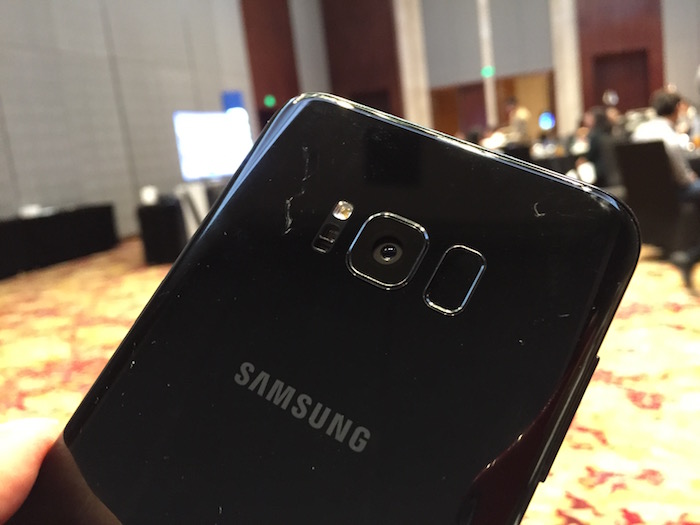 These new Galaxy phones will run on new 10nm (nanometer) mobile processor which they said will be more energy efficient. I know some of you are hard-core Galaxy S fans and might ask which processor will be this 10nm chipset? Again, just like in previous iterations, the Samsung Galaxy S8 and S8+ will be powered by a 2.4 GHz Qualcomm MSM8998 Snapdragon 835 and an Exynos 8895 processor. The Snapdragon variant will be sold in the US and China markets while the Exynos variant is for Europe and Asia.

If you’re like me who think that the S-Voice is useless, then you’ll be happy to meet Bixby which is built-in the Galaxy S8 and S8+. Bixby can intelligently identify images and texts, translate to your desired language, and much more. I hope to see this continuously improve in future Samsung phones. 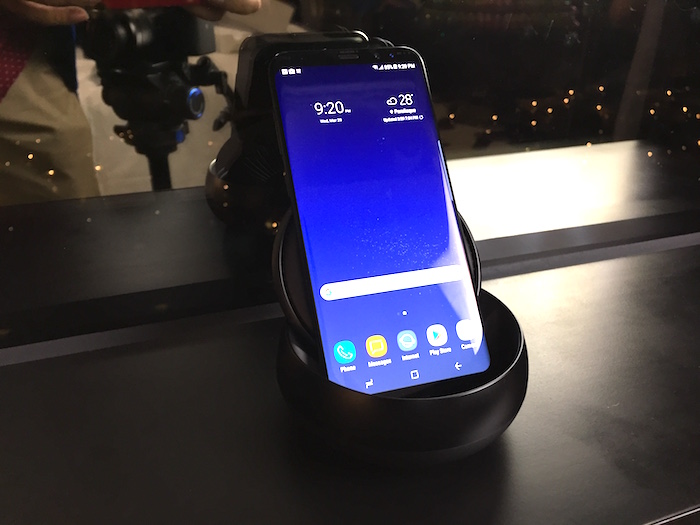 The most ambitious feature I’ve seen in these new phones is the Samsung DeX. This is similar to Windows Phone’s Continuum where a smartphone docked to a monitor becomes an instant Desktop PC. The interface is terrific since it works like a true desktop while on Android. However, only productivity apps can only work while the S8 is docked.

The Samsung Galaxy S8 and S8+ are water and dust resistant and comes with battery capacities of 3,000 mAh and 3,500 mAh respectively. We’re still waiting for the exact date of their availability but the good news is you can pre-order one of these units from April 17-29. Those who pre-order from the MySamsung app, Samsung Experience Stores, or Lazada.com.ph will get a free wireless bottle design speaker worth P5,099.00. Oh yeah, I forgot about the price. The Samsung Galaxy S8 Price is P39,990.00 while the Samsung Galaxy S8+ Price is at P45,990.00. They will be available in 3 colors: Midnight Black, Maple Gold, and the new Orchid Gray.

I’ll be posting my first impressions later on so don’t miss it!

[…] I don’t think they will push this really hard to compete with other flagships like the Samsung Galaxy S8. Their main push are the Zenfone 4, the Selfie phones and the Max. This phone is just an option for […]

[…] the OPPO F5 is just another new phone that has a large 18:9 screen ratio made popular by the Samsung Galaxy S8. Actually, that’s just one of the new features of the F5, but there’s more to talk […]

[…] was Samsung Mobile’s year having bounced back with the success of the Galaxy S8 and S8+ and redemption in their Note series with the release of the Galaxy Note 8. Samsung is going to […]

[…] was Samsung Mobile’s year having bounced back with the success of the Galaxy S8 and S8+ and redemption in their Note series with the release of the Galaxy Note 8. Samsung is going to […]

[…] started offering Plus versions since the release of the Galaxy S8. It gives users an option whether to buy a smaller phone with a 5.8″ infinity display or a […]