No, these are not leaked photos of the new Cherry Mobile Flare S7 series. I was invited to check out the new Flare S7 phones and they certainly look promising.

The Flare series was introduced in October 2012 with specs normally seen in higher-end phones. The Flare 1 disrupted the local smartphone scene, and it became very popular for both ordinary users and phone enthusiasts. Different variations of the Flare were released throughout the years but the local fruit brand would always release a new generation of Flares usually every October.

By the way, did you know why Cherry Mobile called their phone “Flare?” It’s because the original Flare in 2012 would set the competition on fire! 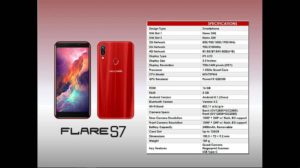 The Flare S7 comes with a 5.5″ screen display with HD+ resolution and powered by a new MediaTek MT6739WA processor. Internal storage is 16GB which is expandable with a MicroSD card. Both front and rear Dual cameras are composed of 13 Megapixels and 2 Megapixels with BSI. This must be the cheapest phone with 4 cameras in the market today! There will be two variants of the Flare S7: one with 2GB RAM and the other with 3GB RAM. 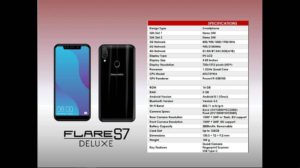 As the name suggests, this is the bigger version of the Flare S7. Screen size is 5.85 inches with HD+ resolution, also powered by the new MTK MT6739WA chipset, internal storage is 16GB with 3GB of RAM, and Dual Cameras for both front and back comprising of 13 Megapixels and 2 Megapixels with BSI. And oh, this phone has a notch too, possibly the most affordable phone to have one to keep with the trend. 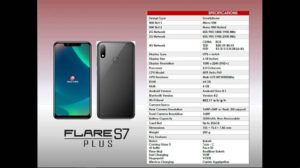 Among the three, the Flare S7 Plus is my ideal phone. The Flare S7 Plus has the biggest screen in the series at 6.15-inches with Full HD+ resolution, MTK’s most reliable 2.0 GHz Helio P60 processor, and 64GB of Internal Storage with 4GB of RAM. Dual cameras in the rear are 16 Megapixels and 5 Megapixels with BSI while the front camera is 16 Megapixels. Battery capacity is at 3,050 mAh.

Having seen the specs of the Flare S7 Plus, I think it can compete with international brands like OPPO and Vivo. Since I have a review unit on hand, I’ll be posting my first impressions of it very soon. 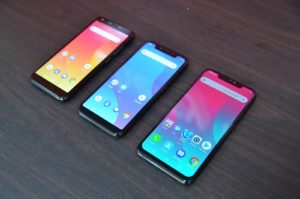 Visiting Davao With The vivo Y35

Cherry Mobile Flare S7 Plus Sold Out in SM North Edsa on Opening Day! • DR on the GO • Tech Review

[…] on the aircraft’s overhead panels is the brand’s recently launched Flare S7 Series. This is Cherry Mobile’s newest offering to their consumers with choices of smartphones that can […]