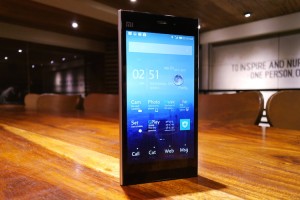 With the recent announcement of its sale price, Filipinos are eager to know if the Mi 3 is indeed a really good buy.

Thankfully, Xiaomi provided me a Mi 3 for evaluation and after 2 weeks of using it as my main smartphone, I am excited to share my experience and thoughts to those who want to buy this hot smartphone tomorrow.

By the way, just in case you missed it, please check out first my post about Xiaomi as well as my interview with their Global VP, Hugo Barra. 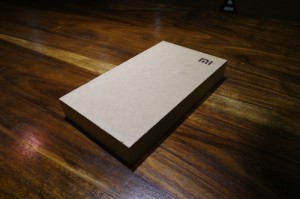 The box is made of recycled cardboard and one may ask why Mi would use such material to package their products. Actually, the box is sturdy enough to protect the Mi 3 inside from any damages during shipment.  Try to step on the box and you’ll understand what I’m saying. 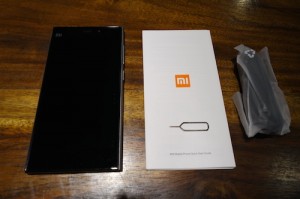 Inside the box are the Mi 3, USB Cable, Charger Head (not included in the picture), Pin for opening the SIM tray and the manual. 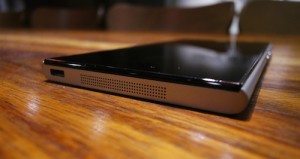 Upon seeing the Mi 3 for the first time, I thought it would look good with my MacBook Air. The silver aluminum finish definitely has something to do with it, but checking out the smartphone from different angles would make it pass as an Apple product. Mi wants to give its users a high-end product not only by its specs, but with its appearance as well. 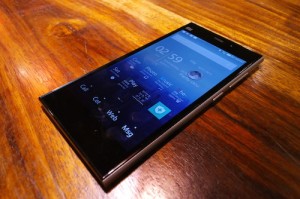 The Mi 3 is quite comfortable to hold thanks to its curved sides but since it has an aluminum finish, the Mi 3 can be slippery for users with sweaty hands. The good news is Mi will be offering cases for the Mi 3 that provides a snug grip and with a lot of designs to choose from.

The 5-inch display produces vibrant colors and I appreciated its clarity whenever I watch videos or play games. Certainly something you will not expect from a 10k-priced smartphone. 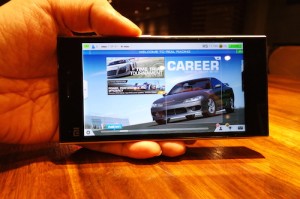 Found under the hood of the Mi 3 is a 2.3 GHz Quad-Core Qualcomm Snapdragon 800 processor. It’s the same processor used by powerful smartphones like the LG G2, Sony Xperia Z1 and Samsung Galaxy Note 3. I’m aware that there’s the newer Snapdragon 801 processor and some geeks out there might complain that the Snapdragon 800 is so 2013. Honestly, it doesn’t matter! I’m a fan of Snapdragon 800 devices and as I’ve expected, the Mi 3 gave a solid performance no matter how much I push it with my multi-tasking activities. I was in a call a few days ago and while talking to my friend on speakerphone, I opened several apps like Gmail, Facebook, Twitter, and Chrome. The call lasted almost 25 minutes while I switched from one app to another, and opening new tabs on Chrome. No lags, no signs of slowness. It was multi-tasking at its finest! 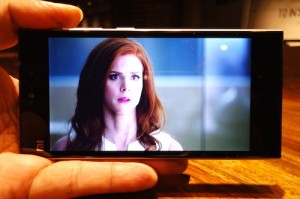 No issues on gaming either – I’ve been playing Real Racing 3 like mad and the Mi 3 did not show any signs of fatigue after playing for 2 hours straight. Same goes with video playback as I watched 4 episodes of the TV series Suits in one sitting. 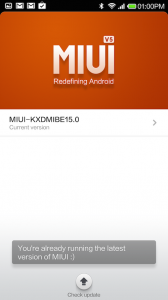 The operating system of the Mi 3 is Android 4.4.2 KitKat but it is the MIUI that makes the user experience a whole lot better. The first thing I noticed with MIUI is the elimination of the app drawer commonly found in Android phones to access all the apps and widgets. Instead, all the apps are simply found on the homescreen which can be customized by re-arranging them in order or placing them in folders. If you rely on widgets, don’t worry, it’s still there. Press the Menu button on the homescreen then select Edit Homescreen and options such as moving apps, adding widgets or changing wallpapers and transition effects can be made. 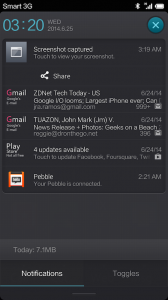 The notification window looks kinda pretty too. Instead of cramping all the shortcuts of the control buttons with the phone’s notifications, MIUI separated the two which can be selected at the bottom of the screen. 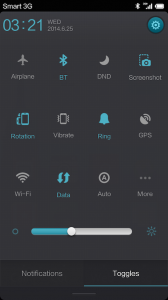 For some reason, the shortcut to NFC is not found here, which is weird. I had to go to Settings, and More under Wireless and Networks to activate it. 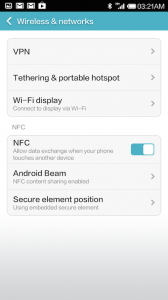 When Nokia still ruled the phone world a decade ago, its Symbian S60 platform offered themes to let their users customize their phones. Those who miss changing themes on their phones will be happy to know that the MIUI offers a lot of themes to choose from. According to the Mi Team, there will be Filipino themes available in the future and we can expect other people to create more themes for us to download! 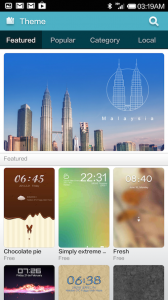 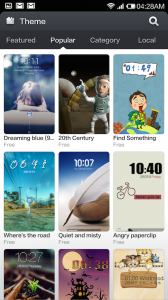 Another thing I liked about the MIUI is its Security folder that contains apps that will take good care of the Mi 3. If you like to block a certain person from calling or sending you messages, open the Blocklist app. If a friend wants to play with your brand new Mi 3 phone and snoop at your private messages at the same time, go to Guest mode. And if you feel that your phone is acting funny, open the Virus Scan app to check for malwares. 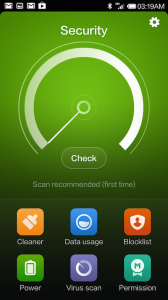 Aside from making the Mi 3’s User Interface pretty, customizable and easier to use, the MIUI is actually helping improve the performance of the smartphone. I certainly enjoyed navigating it ‘coz it’s all smooth and clean.

Here’s a video of the Mi 3 with its MIUI to give you an idea how it works. It’s as smooth as butter! (Please select 480p resolution to watch the video) 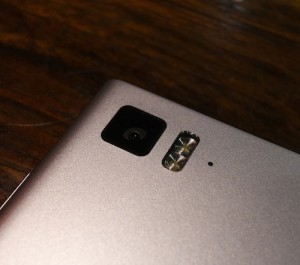 The Mi 3 is equipped with a 13 Megapixel camera with a 28 mm wide-angle lens for capturing scenic landscapes. I was able to take a lot of good photos with it as you can see with these examples: 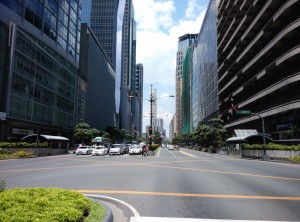 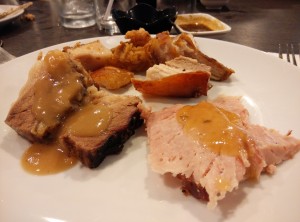 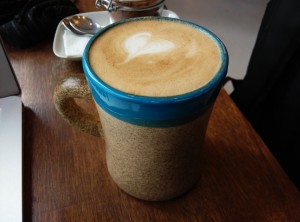 Taking photos indoors with low-light conditions or night photography can be challenging. I admit I haven’t really mastered these, but for the readers’ sake I’m going to post them here to give everyone an idea about their outcome. 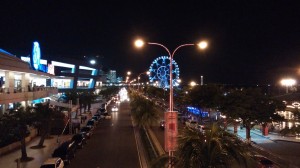 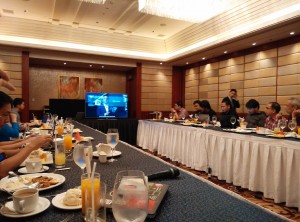 I hate the lighting at the Makati Shangri-La Hotel. This photo turned out quite decent though 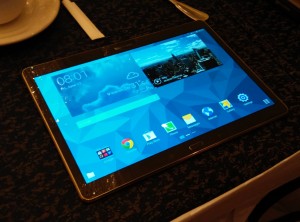 Since I live in the Selfie Capital of the World, it is my duty to check if the front camera of the Mi 3 is recommended for selfies. Quite surprisingly, only 2 Megapixels was included by Mi whereas competitors within the same pricepoint have at least 5 Megapixels installed on their phones. Here are the results: 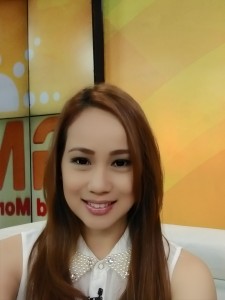 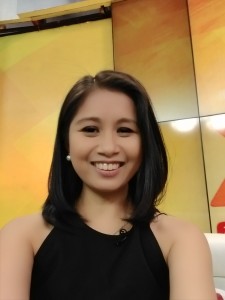 The pictures looked pretty good! Actually, the Mi 3’s front camera has an auto-brush feature that makes your selfie photos better. The age recognition found in the front camera caused a lot of chuckles especially those who do not want to reveal their true ages. 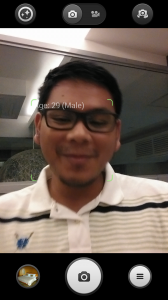 Smartphones with 3,000 mAh battery capacity are normally found in smartphones sold at Php 30,000 and above. The Mi 3 broke that barrier and again gave smartphone users really, really want: MORE BATTERY LIFE! Now, how did my battery usage go with the Mi 3’s 3,050 mAh battery? I can surely say that I can go out of the house for 12 hours and be back at home with extra juice left even on a busy day. Let me show you the screenshots of my battery life.

See also  Xiaomi Jumps into Gaming with a Bluetooth-Enabled Controller 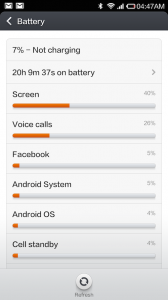 This was my power consumption on a very busy day.

This screenshot shows that I have used my Mi 3 for 20 hours before it reached 7%. This day consisted of an hour and 25 minutes worth of calls, connected to Smart 3G for 14 hours, the usual Facebook, Twitter, Instagram, Gmail and Google Chrome usage, an hour of watching Suits and 18 minutes of playing Real Racing 3. 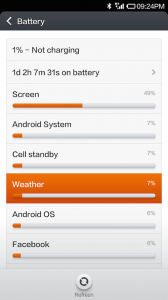 This was my power consumption on a day with ordinary usage

For this day, I only made a 8-minute phone call, and the rest were all social media and occasional viewing of YouTube videos.

For the record, I didn’t use a powerbank to charge the Mi 3. All other brands should follow Mi’s lead!

The Mi 3 is close enough to be the best smartphone today. But it lacked one thing that may or may not matter to some: non-expandable storage. Personally, I’m fine with having a 16GB storage with non-expandable memory. Android apps consume less memory than iOS so it’s not a biggie for me. It certainly matters to a lot of people who stores multimedia content on to their phones, and if you intend to use the Mi 3 as a multimedia machine, you have to get used to erase other content that you won’t need anymore otherwise your memory will reach its tipping point. 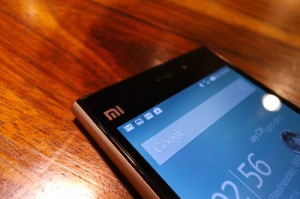 Seriously? Do I really have to answer this question? For Php 10,599 of course this is a good buy! I’m even thinking of buy one for myself, it’s just that I have too many phones already and I don’t think I need a new one, especially without LTE 🙁 First time smartphone owners to Advanced users will like this phone and for sure hard-core smartphone enthusiasts will bitch about not having expandable storage and LTE. To these users, go and shell out an extra 13,000 bucks for a phone with those features. 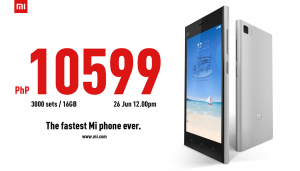 We have no idea if there will be another batch of these phones for sale. If I were you, be prepared to buy one tomorrow at Lazada.com.ph!

*Thanks to Xiaomi Philippines for loaning me an evaluation unit.

No mention if this device has Gorilla Glass?

very nice review.. i’ve a unit myself which i’ve yet to unbox. I didn’t even know so much about this phone before I bought it. hahaha.

[…] UI is clean and I immediately noticed the absence of the app drawer similar to the Mi 3 I reviewed recently. I am also curious how slim form-factor would affect the performance of the Octa-Core processor. […]

Excellent review Reg! I’m sold to buying this now after a week of research. Now I just have to find a seller near Laguna for the casing. Sm Aura’s waaay far from me. Keep it up man!

Breaking News: Xiaomi's Mi 3 will be offered through SMART Postpaid 999! | DR on the GO

[…] here’s my review of the Mi 3 http://digitalreg.net/review-xiaomi-mi-3/ and my first post about Mi’s products including an interview with Hugo […]

[…] been years since I last reviewed a flagship from Xiaomi. The first phone I reviewed was the Mi3 five years ago then a Mi4 which I won from SMART a year after. I don’t really consider myself […]