Huawei has just announced the much-awaited Huawei Mate 20 and Mate 20 Pro, the Chinese brand’s flagship line. After the success of their P20 series, everybody was anticipating the new features the Mate 20 would offer. 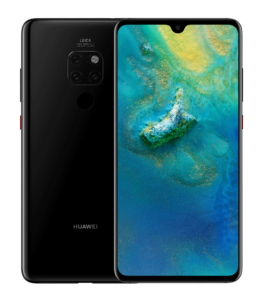 The Huawei Mate 20 has a 6.53-inches IPS display with Full HD+ resolution. It provides users with a bigger screen to utilize thanks to a smaller notch called the DewDrop display similar to OPPO’s new R-series phones. Huawei gives its flagship additional style on the back of its phone which we’ve seen in the Nova 3 and P20 series. These are not just colorful, but they are prevent accidental slips and fingerprint magnets. Good job Huawei!

An anticipated feature of the Mate 20 is the Kirin 980, touted as the world’s fastest phone processor. We have yet to see benchmark results if it can really beat the mighty Qualcomm Snapdragon 845 but some early results show it is indeed promising.

As expected, the Mate 20 gets a triple-camera upgrade. A new wide-angle lens replaces the monochrome sensor, a feature users can take advantage of when taking scenic photos. 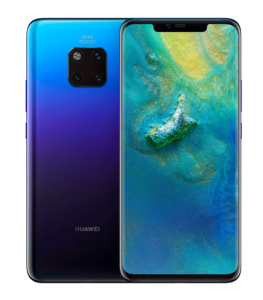 The Huawei Mate 20 Pro, as the name suggests have more features to boast. Some of them may seem gimmicky at first, but I think they will be useful in the long run. What’s noticeable in the Pro is the bigger notch instead of the DewDrop display. The reason for that is it houses a few sensors including a 3D Depth Sensing Camera that can be used for unlocking your phone, apps, and personal data. It also has an In-Screen Fingerprint scanner for additional security.

Another unique feature and probably the first is Mate 20’s reverse wireless charging. Turning it on and placing a phone like an iPhone XS Max or a Samsung Galaxy Note 9 on top will charge them. They can even be charged even if they’re 1cm apart. How cool is that?

[…] Huawei Mate 20 and Mate 20 Pro were launched a couple of weeks ago and we were blown away by their features. Both phones have the new Kirin 980 processor said to be […]

[…] posting a review by next week) last July dubbed as “The King of Midrange Phone” and the Huawei Mate 20 set to finish strong by becoming the flagship smartphone of the year. Apparently, Huawei is not […]

[…] with Smart.  Also available with the data-packed Smart Giga X plans are the Samsung Galaxy Note9, Huawei Mate 20 and Mate 20 Pro, and the latest iPhone XS and XS Max, which are all LTE-A capable […]

[…] the Huawei P30 and P30 Pro are powered by Kirin 980 processors, the same chipsets found in the Huawei Mate 20 series. They are splash, water and dust resistant but in different degrees. Like the Mate 20 Pro, the P30 […]

[…] and even in extreme darkness. Its processor is now upgrade to Kirin 980 (which is also found on the Huawei Mate 20 series) while its storage and memory was moved up to 128GB and 8GB […]

[…] phone. They applied their powerful Kirin 980 processor, the same processor that powers the flagship Huawei Mate 20 series as well as the Huawei P30 series. That’s very unexpected because normally, phone brands would […]